Did you ever go somewhere to photograph something (in my case bears and coyotes) that someone told you was ALWAYS in a particular spot? I was in my local hardware store the other day, and heard a contractor talking about building a screen for a patron’s dogs…….to keep them from barking so much at the coyotes and bears…..my ears pricked up! I had to break in……”and where would THAT be????” Of course I had to set out the very next early morning to find said coyotes and bears. Well, it was a beautiful morning after a lot of stormy weather: usually a great time to find wildlife. But, nada. However, I did enjoy the morning, searched out a new (to me) county open space park (Pine Valley Ranch), and drove up through incredible Sphinx Park (at the wrong time of day, though for photos……that is an evening kind of place). The historic Elk Creek valley is full of incredible vintage Rocky Mountain stick architecture, and the whole area SHOULD have been teeming with wildlife. Oh well. I’ll just have to make some repeat visits!

Spires above the South Platte River 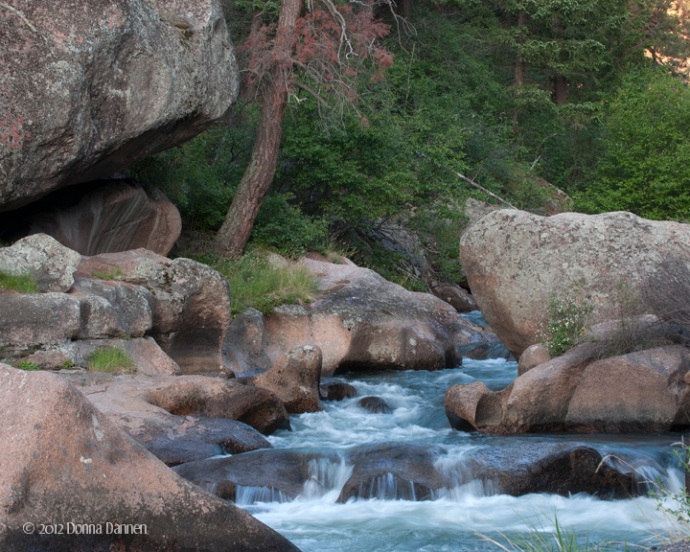 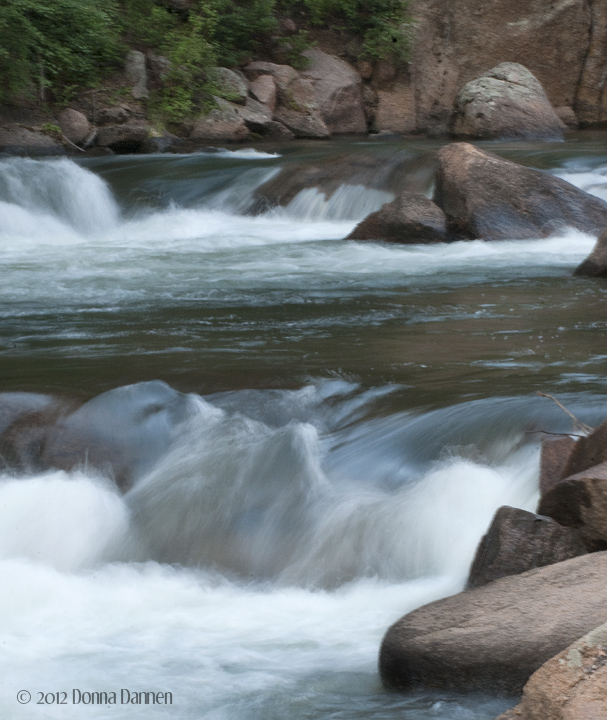 Cascades along the Platte 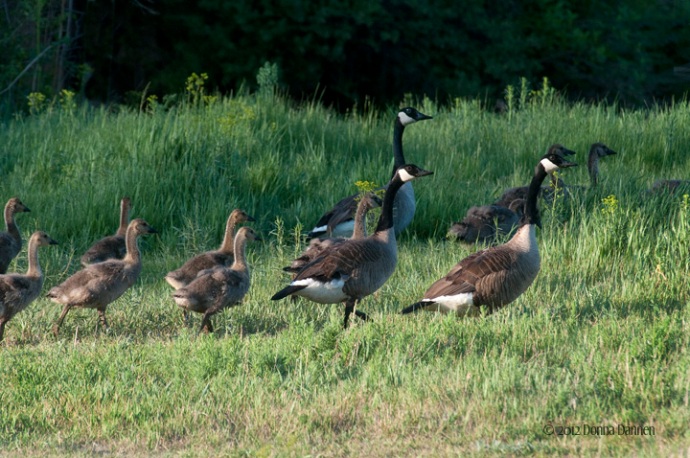 Canada Geese along the S. Platte 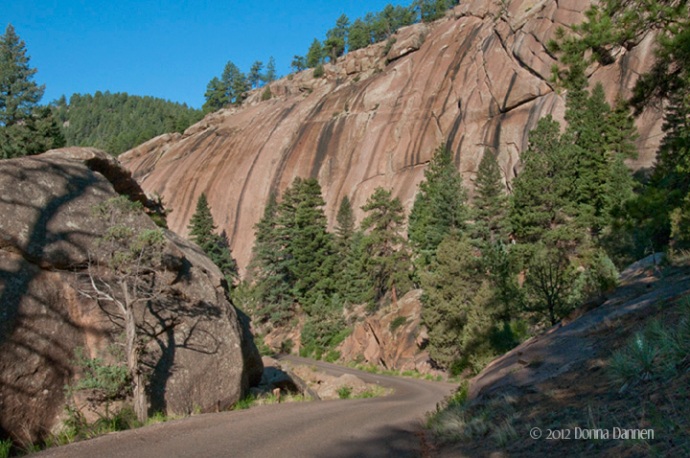 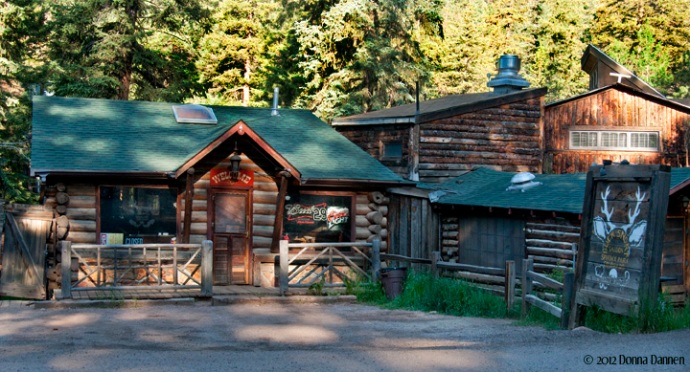 The iconic Buck Snort Saloon in Sphinx Park…….I’ve always wanted to stop there! Live music, outdoor eating over the creek, this out-of-the-way spot hops on weekends!

No, NOT the plumbing for the vacation rental! But obviously still in use by someone in the valley…….note the “porthole” window added on. 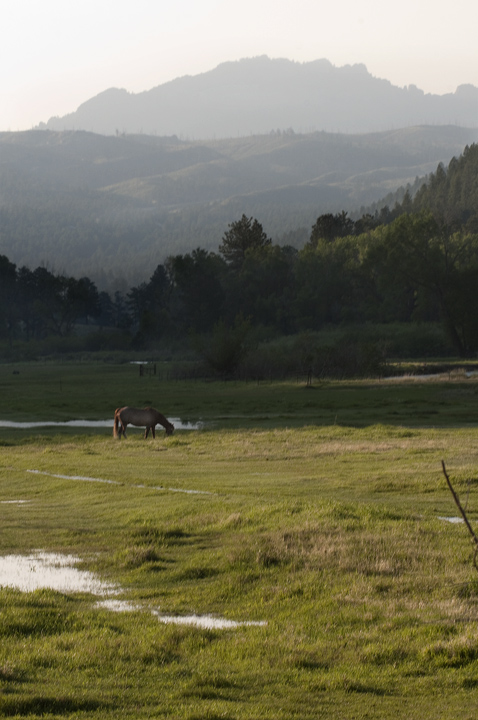 Grazing land in the valley

The Kits Grow Up

Fox kit time is so much fun, but this year there were all sorts of interruptions and differences.  The first difference was the number of unleashed dogs in my neighborhood.  As a result, the kits were kept away, rotated in small groups, and now only one, or maybe a couple, reside under my deck.  The second difference was my own unavailability due to losing my job and needing to network and apply for jobs rather than spending my time photographing wildlife after school.

On the bright side, I had a recent amazing weekend with all six kits in residence.  Even better, it was over the Memorial Day holiday, and I had photographer friends visiting who got to share in the fun of observing and photographing the fox family.

That weekend was so much fun that we spent very little time enjoying the out-of-doors on my backyard deck.  Instead, we were holed up at the windows in a sort of blind situation, watching the coming and going of babysitter yearlings, Mama, Papa, and lots of puppy personalities.

I hope you enjoy the photos of our “Kit Enkounters”! 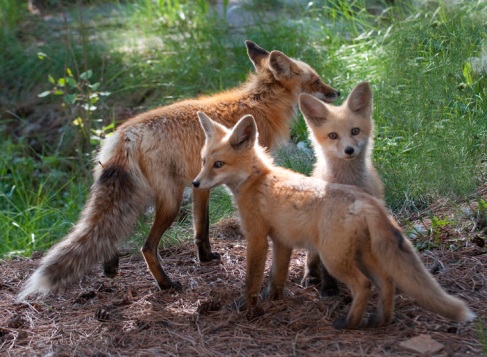 The kits are nearly as big as their babysitter, yearling sister, “Sadie”.

Our favorite kit quickly became the small, but brave littlest girl.  She was very tame, like her mother, “Foxie,” and she could tell off those kits much bigger than she. 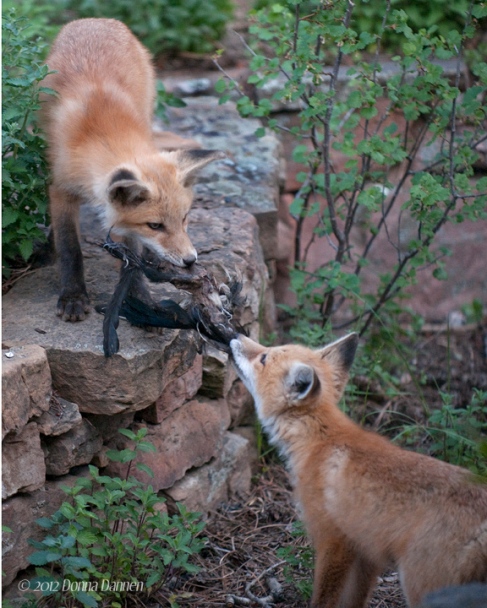 Playing “tug-o-war” with a magpie that was brought for food, and as a play-toy.  Kind of gross to our eyes, but well within the realm of “being a fox”.

The little girl, and one of the much bigger kits sitting side-by-side on the rock wall. 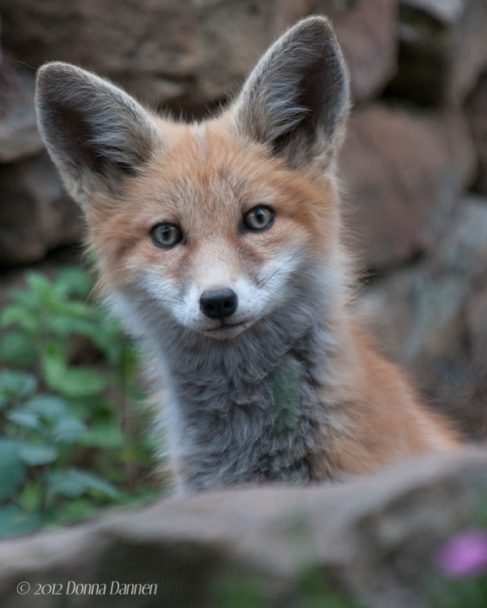 This is the “kit left behind”, and I thank Foxie and Papa every day for allowing me to see and enjoy this one kit at my window!

The kit who seems to have stayed behind , perhaps alone, or perhaps with another of the shyer of the group. The rest of the litter was taken to other hideouts around the neighborhood.  This boy/girl is sweet, and I am so glad he’s still here……but I hope the entire brood has one time together under my deck before the summer is over.

My life involves the outdoors and photography. I am a wildlife-watcher and documenting what I see is the way I relive the interesting, life-changing, ah-ha moments I record in word and image. My dogs, my teaching, my photo equipment, my new horizons as a mid-life Suddenly Single Woman trying to navigate the world is what this blog is all about.

All images and text are copyright © Donna Dannen, all rights reserved.

My book: Foxes at My Window is available!

A Blog About Photography in My World

The latest news on WordPress.com and the WordPress community.

Travels with the Blonde Coyote

Follow the Blonde Coyote and see more of the world!