Living in the foothills of the Rocky Mountains as I do, I am always looking up. I love the high country and all of its drama of rugged peaks, snow, trees and wildlife. This spring, however, I was on a mission to get to know the high plains of short-grass prairie that is the eastern part of Colorado.  It is an interesting place:  unlimited vistas, seas of grass, constant sun and wind, sudden storms, and microcosms of specialized abundant life.  After weeks of spring rains and snow in the mountains and foothills, I headed southeast towards the Comanche National Grasslands near Lamar, CO., to see what could be found.  Dawn Wilson, a fellow wildlife photographer, friend, and guide, accompanied me and showed me what she knew of the area.  I had only been there once to photograph threatened lesser prairie chickens, many years ago, and my memory wasn’t real sharp on what to find there.  What I found was marvelous!  The drought-stricken area had enjoyed spring rains, all was green, and best of all, most of the time the sun was shining!

My wish list included burrowing owls (owls that live under the ground in old prairie dog holes within a prairie dog colony) and the threatened swift fox (a tiny canid that lives only on the short-grass prairies of the central U.S.)  It turned out to be a terrific bird photography trip. SE Colorado enjoys species that range from high plains species, to western, desert, and even eastern bird species, and we saw many of them.

He seems to be scolding us for interrupting his morning meditations.

The first very early morning trip into the field netted us a pre-dawn burrowing owl who turned around to view us from behind, his eyes shining as if lit from within.  That morning there were many more single owls.  Likely females were setting on eggs inside the burrows.

Our quest for swift fox eluded us, more or less.  We checked out a known den that seemed to be abandoned (the family having moved to another den) for the time being.  Then we sighted a fox standing just outside a cultivated wheat field.  It stood, looking at us from quite a distance, before leaping back into the wheat.

Upon inspection, we found the den, but the wiley fox was not showing its face.

There were other surprises on the prairie, however.  One farmer’s pond contained a wonderful group of white-faced ibis hunting through the marshy wet areas. 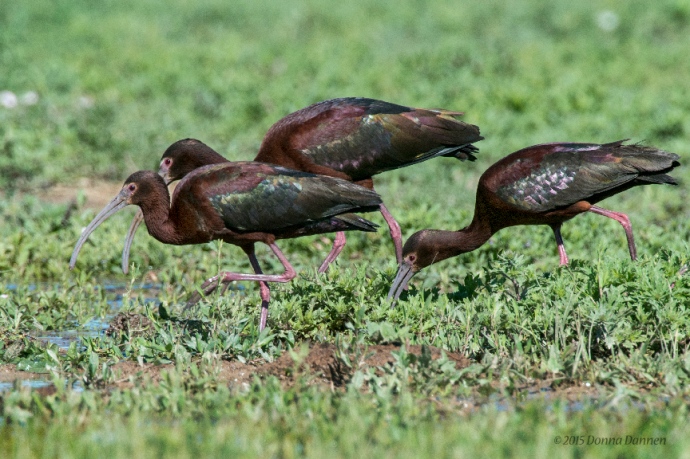 We asked permission of a rancher to photograph at his pond.

Sun hitting the feathers of the ibis revealed their glossy iridescence.  Their long bills probe the wet ground for food.

Sunlight reveals a beautiful iridescence of this shore bird.

We saw many other birds around Lamar and farther south at Comanche National Grasslands: 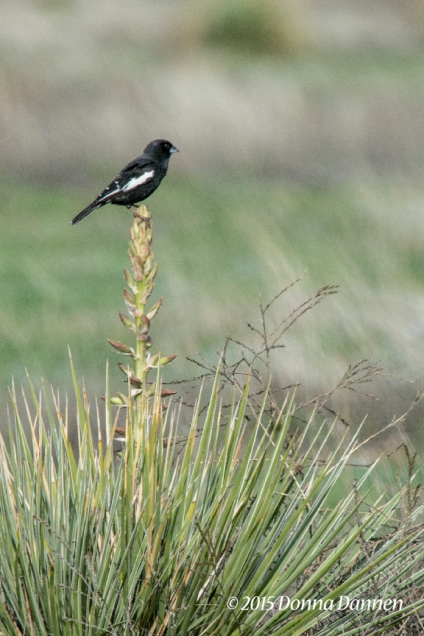 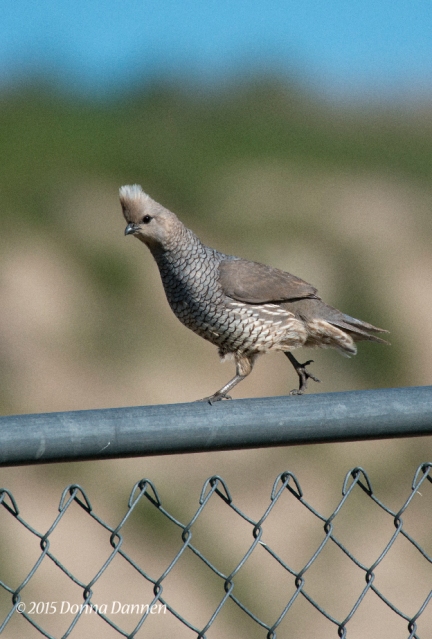 Killdeer: ubiquitous bird of the plains. 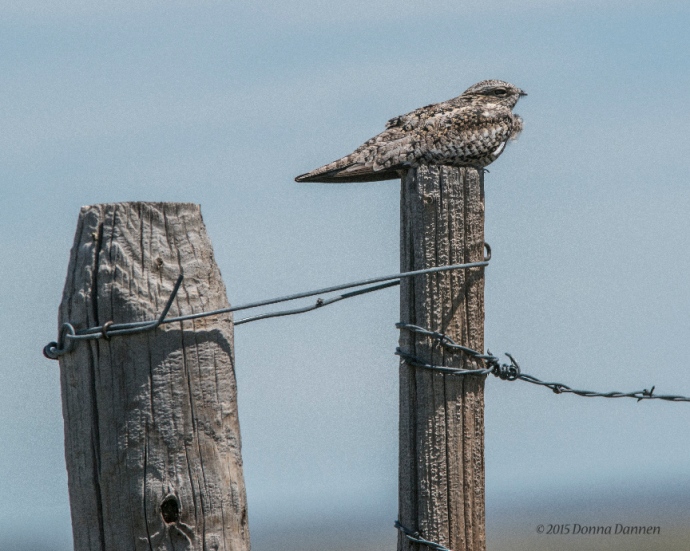 The common nighthawk is often found resting during day on fenceposts

If you thought the Ibis had a long beak! This is one to trip over!

These birds skylark in the sky during mating displays 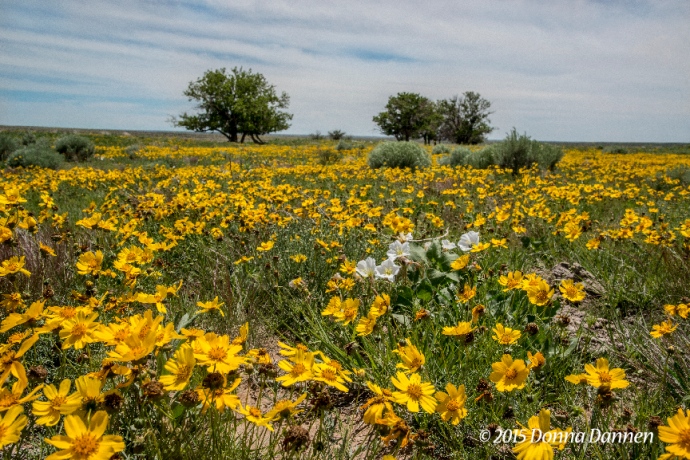 3 thoughts on “Studying the Colorado Prairie”

My life involves the outdoors and photography. I am a wildlife-watcher and documenting what I see is the way I relive the interesting, life-changing, ah-ha moments I record in word and image. My dogs, my teaching, my photo equipment, my new horizons as a mid-life Suddenly Single Woman trying to navigate the world is what this blog is all about.

All images and text are copyright © Donna Dannen, all rights reserved.

My book: Foxes at My Window is available!

A Blog About Photography in My World

The latest news on WordPress.com and the WordPress community.

Travels with the Blonde Coyote

Follow the Blonde Coyote and see more of the world!